I am currently in Chennai, India, a city of over 11 million people, that ran out of water last summer. It’s hard to imagine a dried up city with more people than New York being supplied by trains and trucks hauling in water to the highest bidders, but that was the situation here before the monsoon’s arrival.

Chennai is one snapshot of the crisis that many cities large and small face as populations increase, climate patterns change, and urban growth outstrips water supplies, depleting groundwater and denuding landscapes.

I am here in India because the solutions are also being enacted here on a grand scale. I traveled here to film some of the most impactful projects in the world, that are using permaculture and traditional techniques to restore water tables, forests, soils, and the health of communities. 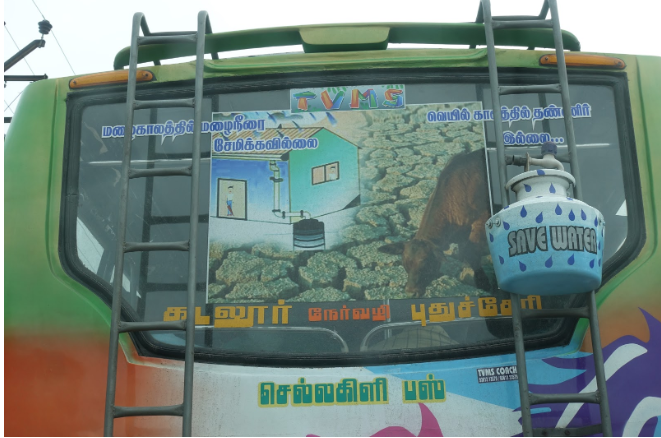 Rainwater Harvesting Advertisement on the back of bus

From Bedrock to Bounty

My journey began in the state of Telangana in the vicinity of Hyderabad, with Narsanna and Padma Koppula of Aranya Agricultural Alternatives. 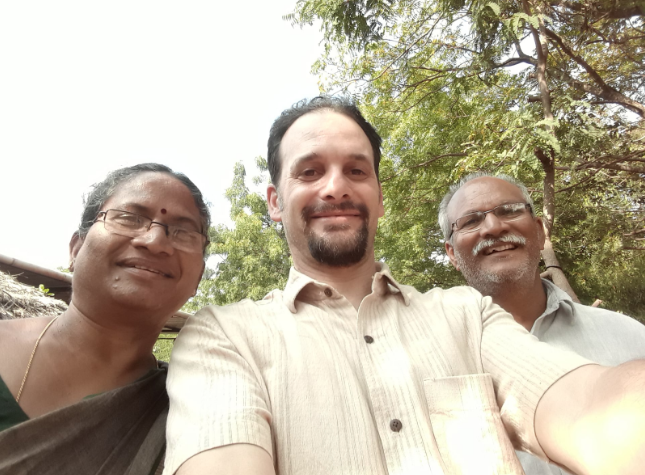 With Narsanna and Padma Koppula at Aranya Farm

Not only has Aranya transformed their own 9 acres into a densely packed food production system, they have worked hard to acquire nearby government-owned “wasteland” in order to give it to landless women to establish their own permaculture production systems.

I toured and filmed these farms and it is truly astounding to see the pride and empowerment of these women putting permaculture into practice.

Here’s a video that I made of Aranya Farm from my last visit in 2017:

While in the area, I visited the city of Bidar to view the restoration of an ancient water system by the Deccan Heritage Foundation. I toured the ancient Karez system, which is an underground tunnel carved into lagolite bedrock, connected by a series of vertical wells, that moves water from a wet area, through an underground tunnel for 2 kilometers, where it pours out into an irrigation ditch at the base of a Hindu Temple.

The Deccan Heritage Foundation has been cleaning out the silted-in tunnel, as well as establishing a waste management and recycling system for the Bidar community to keep trash from finding its way into the wells.

This is a reminder that in a permaculture design system, things are integrated. In this case the water system is related to waste management and consumption, and to the behavior and health of the community. 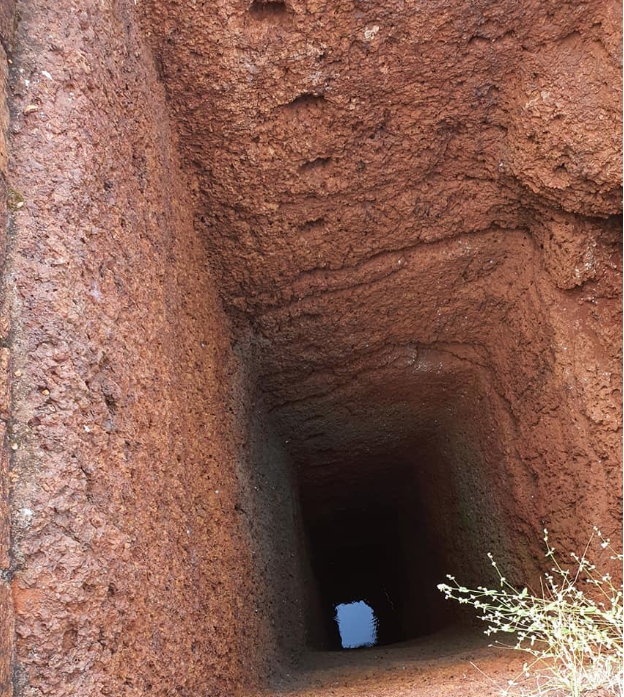 500 year-old well with tunnel at bottom. Photo by Abhinav Gangumalla

From there I journeyed south into the state of Andhra Pradesh near the city of Kurnool, where Aranya is working on drought mitigation and resilience with rural farmers.

The area we visited is very arid and hard hit by drought. Aranya is working there in partnership with government and NGO’s on land planning, resilience, and establishment of rainwater harvesting ponds and other structures.

This is a heavy GMO cotton production area. This means heavy use of chemical fertilizers and pesticides. So some of Aranya’s work in this region is producing and distributing biological fertilizers made from animal dung and effective microorganisms to limit farmers’ exposure to dangerous chemicals.

We toured the water harvesting ponds that had just been installed over the last year and were already full and supplying irrigation water in this drought stricken region. We even saw a pond that had just been installed this spring, had filled up with an early June rainfall, and then in turn supplied the entire village with drinking water when rains failed for the next 2 months and the area dried up.

My trip to Kurnool showed me the very near term effectiveness of water harvesting structures to provide water resources and recharge groundwater. Aranya’s holistic approach linking water supply, organic fertilizers, tree planting, and cooperative resource management was a deep expression of the permaculture spirit of integrated design and people care. 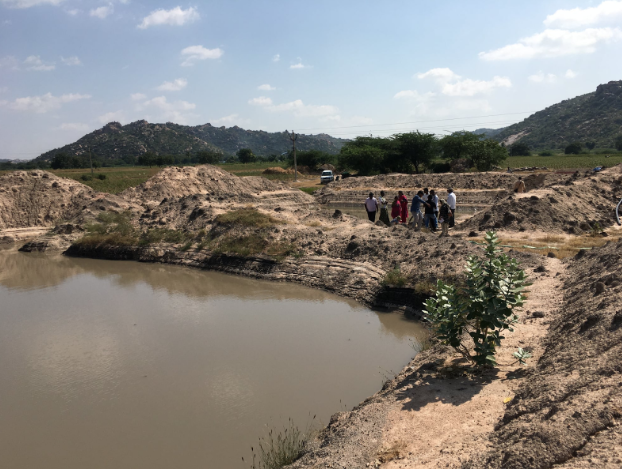 I continued to travel south into the state of Tamil Nadu, to visit the global peace city of Auroville. Auroville is a spiritual community that has been revegetating the landscape and restoring soils and groundwater since it was established in the late 1960’s.

It is hard to fathom that this lush and verdant landscape was barren and treeless when the community began, but there is now a vast wet-dry tropical forest. I visited and filmed a couple of the pioneers of the project and heard the story of how erosion was stabilized, forest established, and groundwater recharged over the entire Auroville region.

I also documented some of the many biological water filtration systems that abound for treatment of grey and black water.

It was very inspiring to see what it looks like after a half century of landscape restoration, and to breathe in and feel the proof that ecosystems can be restored, groundwater recharged, and people fed with regenerative agriculture. 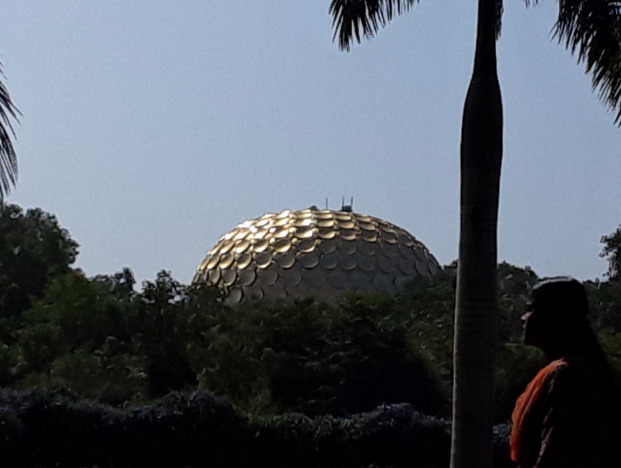 So here I sit in Chennai, and today I saw the solutions with my own eyes. I visited and filmed the beautiful gardens of a family here who on a small scale, in the heart of this city, have recharged the local aquifer of their well and grown a humble forest.

In this city that went dry this summer, and where drought has threatened the livelihood of millions, a small site has shown that planting trees, harvesting rainwater, growing food, and providing habitat can regenerate water tables, restore habitat, and provide abundance. This is the essence of permaculture! 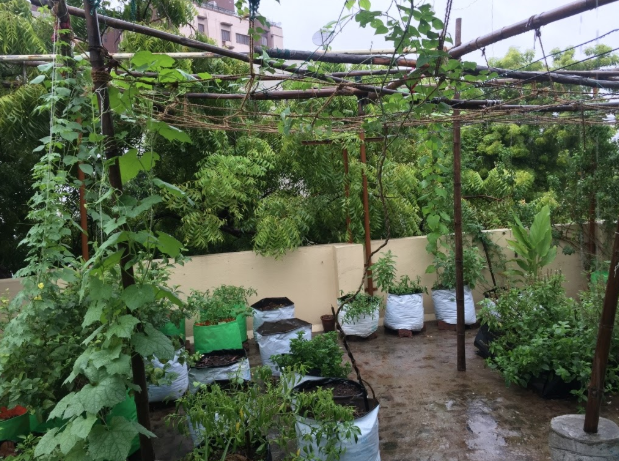 You can read the second part of this two-part India series here!

If you'd like to learn permaculture in-depth with personalized feedback, you might be interested in our upcoming online permaculture courses. There are no prerequisites and you can login and access the course when it's most convenient for you.